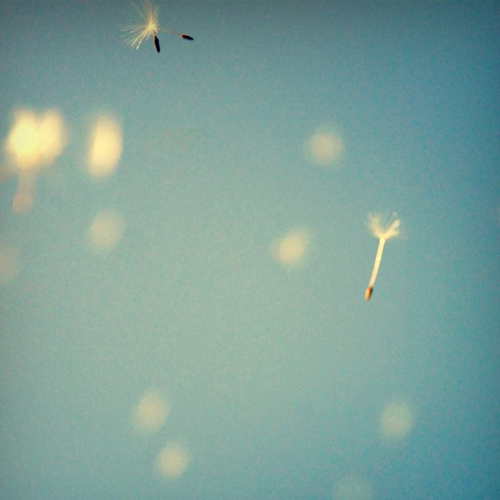 “Today, you have the opportunity to transcend from a disempowered mindset of existence to an empowered reality of purpose-driven living. Today is a new day that has been handed to you for shaping. You have the tools, now get out there and create a masterpiece.”― Steve Maraboli, The Power of One

It may not be inaccurate to say that among the major things that shape our life and carve out our future are our mindset and our perspective.

Are there any shifts in mindset and perspective when actively followed and engaged might make a huge difference in the quality of your life?

Here is a list of 21 potentially life-altering shifts in mindset and perspective. This is broken up into several posts as part of the Shift Your Mindset Series.

1. From The “Fixed Mindset” To The “Growth Mindset”

“How do you act when you feel depressed? Do you work harder at things in your life or do you let them go? Next time you feel low, put yourself in a growth mindset—think about learning, challenge, confronting obstacles. Think about effort as a positive, constructive force, not as a big drag. Try it out.” -Carol Dweck, Mindset: The New Psychology of Success

Instead of assuming that your intelligence is limited and that you have to put in a certain fixed effort to succeed, how about that you be open to the radical idea that intelligence is incremental and increases by practice?

In the book, Mindset, Professor Carol Dweck explains studies by Joseph Martocchio where employees were training in a computer course. Half of the employees were placed in a fixed mindset while the other half was allowed to engage the growth mindset. The fixed mindset group was instructed that only their abilities mattered but the growth group was instructed that their skills were subject to learning and could be increased through repeated practice.

Interestingly even though both groups started with the same levels of confidence, it was the growth mindset group that gained significant additional confidence despite the inevitable mistakes they made. However, the same mistakes caused the fixed mindset group to lose confidence in their skills. Dweck says that the same pattern repeats itself when studies were done with college students.

“Is there something in your past that you think measured you? A test score? A dishonest or callous action? Being fired from a job? Being rejected? Focus on that thing. Feel all the emotions that go with it. Now put it in a growth-mindset perspective. Look honestly at your role in it, but understand that it doesn’t define your intelligence or personality. Instead, ask: What did I (or can I) learn from that experience? How can I use it as a basis for growth? Carry that with you instead.”- Carol Dweck

The shift from a fixed mindset to a growth mindset is a significant one. When you are told repeatedly that your intelligence is set in stone and if you have been labeled “smart,” you begin believing that you do not need to put in a lot of effort to succeed. When you are confronted with failure or adversity, instead of putting in more effort and learning, you will quit rather than exposing your lack of “smartness.”

Action Tips:
Shift your perspective from a fixed mindset to a growth mindset and entertain the idea that intelligence and success can be increased and optimized by repeated practice.

Recognize when you are shutting down due to the fixed mindset and facilitate learning and effort in the face of failure and avoid trying to prove yourself with your limited or fixed set of skills.

“When a person really desires something, all the universe conspires to help that person to realize his dream.”- Paulo Coelho

This is a very significant shift of perspective. If you believe that the world is out to get you, you will think thoughts, feel emotions, have feelings and eventually take actions or the lack thereof that reflect and magnify that perspective.

This perspective makes you stop asking for assistance from others because you do not believe that others have your back and your best interest in mind. This idea that everything is conspiring to get you is so impossibly limiting and self-fulfilling that you begin to feel the mental, physical and emotional effects in huge ways in your life.

When you change your perspective from believing that the world is a hostile place to believing  that it is a friendly place, you begin to experience the immediate benefits of that shift in your life. More importantly, you begin to open your heart and mind to coincidences and synchronicities that you would have otherwise missed.

Shift your belief, thoughts and actions from “there very limited possibilities” to the  “there are possibilities everywhere” mindset. When you engage this shift of perspective, you will see that you are actively seeking out opportunity instead of squashing and negating every idea that comes along.
Action Tips:
Instead of putting in energy into the idea that the world is out to get you, instead engage and entertain the idea that the world is conspiring to assist you.

Ask, give, receive and do from the perspective of co-operation instead of constant competition.

“I dwell in possibility.” ― Emily Dickinson

“Be content with what you have; rejoice in the way things are. When you realize there is nothing lacking, the whole world belongs to you.” ― Lao Tzu

This is a small but all-important shift that instantly transforms and improves the quality of your life. When you are always attempting to receive more and engaging all your precious time and energy in that pursuit, you will see that it gets more and more difficult to enjoy what you have at hand.

In an interesting TED talk, Barry Schwartz reminds us that more is not necessarily better and in fact unlimited choice makes us more paralyzed and also more dissatisfied.
He says:

“The more options there are, the easier it is to regret anything at all that is disappointing about the option that you chose.”

When you are confronted with the hope of more options and getting more and more material things, your mind spirals into the hedonistic treadmill that sets up a state of lack of value of what you have with you. But you can imagine the folly of such an approach. Nothing is ever enough and the more you get, the more you want to get.

Let go of desiring too much more and instead give yourself the quality time to enjoy and savor what you already have and place it in a meaningful context to accomplish a great shift of consciousness.

Action Tip:
Instead of always seeking the next new thing, look around yourself and savor and deeply enjoy what you already have.

4. From “Internal Struggle and Resistance” To A State Of “Flow”

Does your life feel like a constant struggle? Do you feel like you are frequently paddling upstream against the flow of life? This is an unfortunate reality in the pace of modern life where you might be constantly struggling to get ahead, to do the next item on the list and to attempt to balance everything.

You may have deeply internalized the lifestyle that comes from the struggle that anything else feels foreign and unfamiliar. But this state of fight or flight or moving from “crisis to crisis” has its deep and undeniable toll on your body, mind and spirit.

What is the solution?

The solution is to engage with a sense of space, a sense of flow, a tiny blast of fresh air, a little relief amidst all the struggle. When you allow the tiny space of calm and relief to increase and actively cultivate letting go of the stories and repeated mental memes or programs associated with the struggle, you feel some relief in the horizon.

When you shift your focus from what is going wrong to how to make the most and enjoy a small thing in this moment, you are shifting from struggle to flow.

When you dissociate from stories of struggle and tension to stories of relief and enjoyment, you are shifting from struggle to flow.

In flow, people lived so deeply in the moment, and felt so utterly in control, that their sense of time, place, and even self melted away. They were autonomous, of course. But more than that, they were engaged.” ― Daniel H. Pink

When you stop complaining about what is wrong with the here and now and instead attempt to make a small but meaningful dent in your universe, you are shifting from struggle to flow.

From a perspective of psychology, flow happens when you attempt to take on a challenge and work at a skill that you like at a high level of difficulty. In a way, your attention is hyper engaged in an activity that you enjoy at a skill level that is a challenge for you. All these factors create meaning and give you a sense of flow and make you momentarily forget the incessant struggle that your life might have become.

“May what I do flow from me like a river, no forcing and no holding back, the way it is with children.” ― Rainer Maria Rilke

Action Tips:
Allow yourself to let go of some of the internal struggle and choose to go with the flow.

Even just imagining the letting go of upstream struggle and feeling that you are aligned downstream unhooks you from the stickiness of the struggle and gives you a shift of relief.

Now over to you! Please let me know in the comments below about your thoughts on the shifts in mindset and perspective in this post and share any stories that you have.