“Your perspective on life comes from the cage you were held captive in.” ― Shannon L. Alder 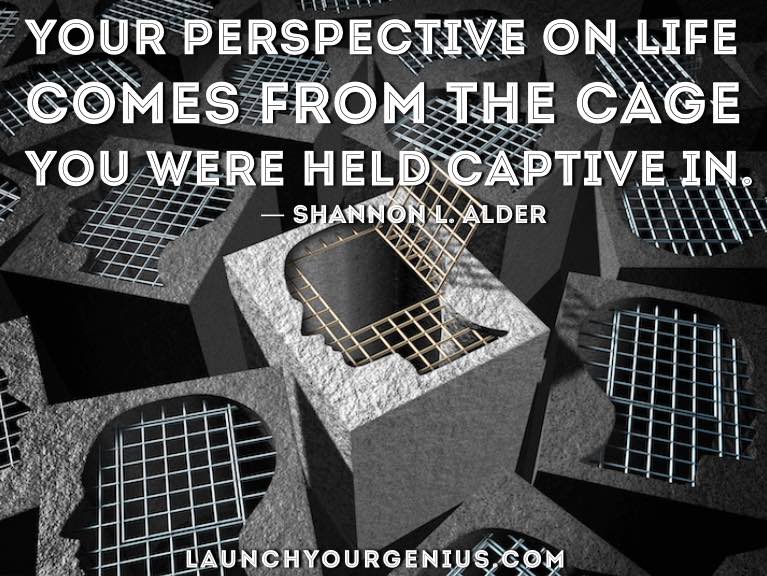 If you enjoyed the science fiction series Star Trek as I have in the past, you are aware of the character of Spock, the Vulcan first officer.
Spock’s character was played by the late actor Leonard Nimoy.

What is striking about the portrayal of Spock is his perfectly rational behavior. Spock also adhered to logic as his main philosophy.

Many of us would like to think of the self as being logical and rational.

Behind the façade of calm and reason, what if the driving force of humans is their beliefs and biases?

It would not be inaccurate to say that we all have our own filters, stories, biases and how they manifest determines our behavior.

Many times, strong beliefs and stories can work to our advantage.

But there are times when having a bias can cause us to have blinders and make us choose the ineffective choice.

The Law Dictionary calls a cognitive bias as:

“Common tendency of filtering input through one’s own likes, dislikes, and experiences to acquire, retain, and process information.”

This is part-1 of a multi-part series on cognitive biases and how they diminish our happiness and quality of life.

Confirmation bias clouds our judgment by making us more likely to prefer and choose the information that confirms, conforms to and supports our beliefs.

When faced with contradictory information, we either ignore it or rationalize it away even if it is beneficial to us.

Let’s face it: ideas and beliefs that fly in the face of what we strongly believe make us uncomfortable.

“In psychology and cognitive science, confirmation bias (or confirmatory bias) is a tendency to search for or interpret information in a way that confirms one’s preconceptions, leading to statistical errors.”- Science Daily

Even if we think we are rational, we may still have unconscious and subtle preferences to things that are familiar. Often, we stick with the known because the unknown is too much of a cognitive leap.

An example of this bias is that you may think that people wearing glasses are more intelligent and thoughtful than those who do not.

Or you may have the bias and belief that only artists are creative. You may be discounting your creativity as nothing special.

In a Review by Raymond Nickerson of Tufts University titled Confirmation Bias: A Ubiquitous Phenomenon in Many Guises, the author investigates the operation of the bias in our life and provides examples.
He says:

“Confirmation bias, as the term is typically used in the psychological literature, connotes the seeking or interpreting of evidence in ways that are partial to existing beliefs, expectations, or a hypothesis in hand.”

Louis Pasteur did not publish results that went against his theory that life did not originate spontaneously. He would consider and reject as flawed experiments that did not confirm his hypothesis.

Robert Millikan won the Nobel Prize in Physics for discovering and calculating the electrical charge of a single electron. Ironically, he published only half of his findings that confirmed his hypothesis. He did not include results that were contradictory or inconclusive and did not fit well with his theory.

In addition, the author says:

“Galileo, for example, would not accept Kepler’s hypothesis that the moon is responsible for the tidal motions of the earth’s oceans. Newton refused to believe that the earth could be much older than 6,000 years on the strength of the reasoning that led Archbishop Usher to place the date of creation at 4,004 BC. Huygens and Leibniz rejected Newton’s concept of universal gravity because they could not accept the idea of a force extending throughout space not reducible to matter and motion. Humphrey Davy dismissed John Dalton’s ideas about the atomic structure of matter as more ingenious than important.”

1. Become aware of your preferences and your inclinations based on your beliefs and ideas.
2. Are you making the incorrect choice to please your confirmation bias? Try to consider other options as well and not tunnel vision your choices to one.
3. Do you defend your position even though you have a feeling that it might be wrong? The first step towards this bias would be to acknowledge that we are strongly bound to our beliefs.

4. Become willing to consider the positions and beliefs of others to be beneficial to you. 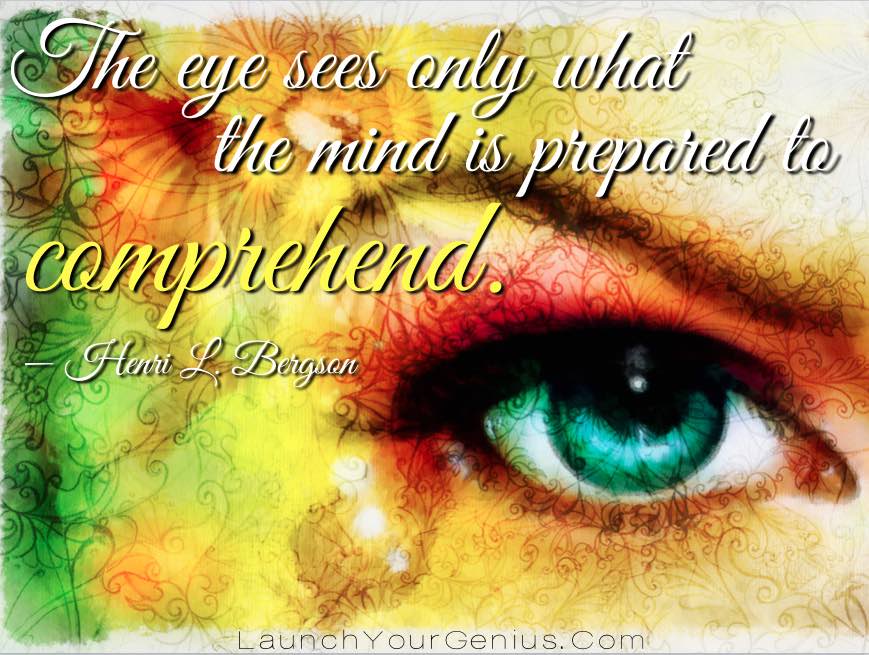 “The eye sees only what the mind is prepared to comprehend.” ― Henri L. Bergson

The hindsight bias is also called the “I knew it all along” bias.

This bias happens when you think in hindsight or after the event has happened that you knew it for sure.

The reality might be that we overestimate the amount that we knew it to happen and knew it to be correct.

In an article called Hindsight Bias, authors Kathleen Vohs and Neal Roese review the literature for this common bias.

“Hindsight bias occurs when people feel that they “knew it all along,” that is, when they believe that an event is more predictable after it becomes known than it was before it became known. Hindsight bias embodies any combination of three aspects: memory distortion, beliefs about events’ objective likelihoods, or subjective beliefs about one’s own prediction abilities.”

The authors add that there are three levels of hindsight bias. The first also called memory distortion is the “I said it would happen.” This happens when you do not recollect an earlier opinion and misremember it by memory distortion.

The second is the layer of “it had to happen” and has a sense of inevitability about it. You feel and believe that something was bound to happen even though this judgment is in hindsight.

The third layer is the “I knew it would happen” or your belief that you had the ability to force the event.

Why does this bias happen and how does it affect us?
The authors point out that studies show that we have a need to make sense of information by creating a narrative that works for us.

We do this by selective recollection. Other reasons could be a need for control or to preserve our self-esteem by declaring that we were right.

One of the consequences of this bias is overconfidence and that we knew it all along.

Another one is myopic thinking about the problem or the failure to look deeper into various explanations. These issues can cause us to not learn completely from our experiences.

Examples from the review:
A tumor is not detected in the first x-ray and the patient sues the physician. In court, a second physician testifies on the basis of a second and more recent x-ray that shows the growth. The physician says that the first doctor should have been able to diagnose and detect the tumor and lays blame on them.

A manager gets in trouble for hiring an employee that shows lackluster performance and gets fired. Even though she hires on the basis of initial solid recommendations and credentials, senior management lays blame on her. They say that she should have been able to see the tell-tale signs of trouble before hiring.

Action Tips:
1. Recognize that saying that “I knew it all along” comes with some tradeoffs.
2. Avoid overconfidence and the tendency to rationalize. Do not throw out information that does not fit and make sense according to your stories.
3. Become a true learner by considering all the outcomes and alternatives.
4. The authors suggest reversing the idea and allowing to think about the opposite as a way to get past the bias. They call this strategy “consider-the-opposite.”

When you consider the opposite, you encourage yourself to look past the bias to explanations and different outcomes that are possible.

You also get past what the research suggests as the “termed myopia.” Termed myopia is finding, deciding and sticking with the first and most available explanation and then stopping the search. 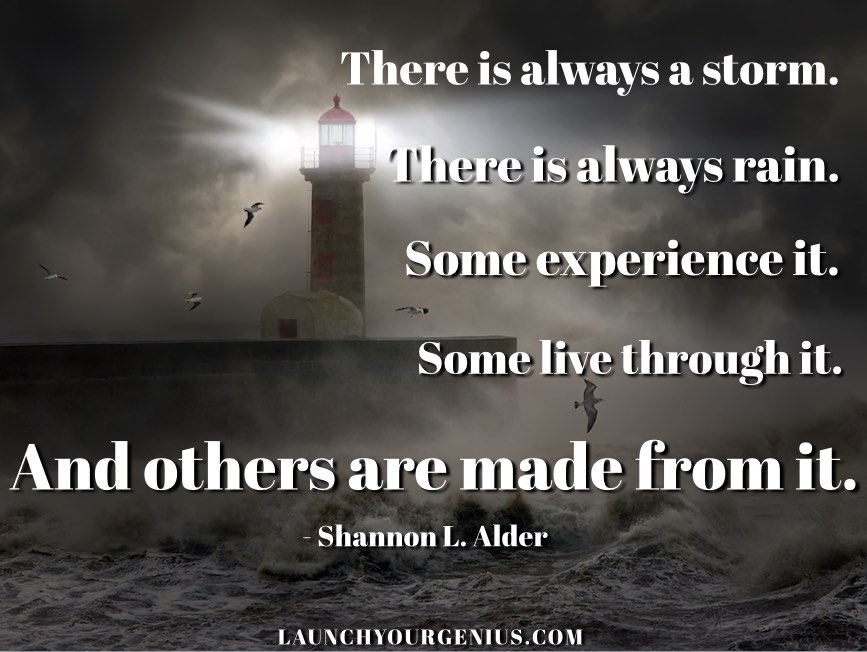 Vohs et. al. argue in a journal review article titled Bad Is Stronger Than Good, that negative experiences are stronger than positive ones.

“The self is more motivated to avoid bad self-definitions than to pursue good ones. Bad impressions and bad stereotypes are quicker to form and more resistant to disconfirmation than good ones.”- Vohs et. al.

The authors add that many areas of our lives including daily life events, personal relationship outcomes, learning processes, major traumatic life events, social network behaviors or patterns and interpersonal interactions are all examples where bad events hold more power over good ones.

We have all had examples of having bad emotions, dealing with difficult parents and receiving bad feedback. For most of us, this negativity has had a greater impact than other positive interactions.

Ironically, bad information is also processed more thoroughly by the brain than the good. This processing adds and compounds the stickiness effect of bad experiences and emotions.

I believe that this may have had a clear advantage in the days of the saber-toothed lion when we had to rely on negative experiences for survival. The risk has lessened but the bias is still active and alive.

This inherent and biased psychological preference that humans have is the negativity bias.

When you become aware of the debilitating influence of this bias in your life, you can turn the dial to positive and being happier.

According to the authors:

“Even though a bad event may have a stronger impact than a comparable good event, many lives can be happy by virtue of having far more good than bad events.”

In relationships, to offset one negative experience, we need to experience five positive ones. This explains why a small amount of negativity has a huge impact on a relationship.

Action Tips:
1. Consciously choose experiences that make you feel great and make you feel happy.
2. Tilt the balance towards favorable, positive and good experiences over negative ones. Remember the 5:1 of positive: negative interaction guideline for having experiences.
3. Respond to negativity instead of automatically reacting. Choose favorable responses that give a positive outcome.
4. Transform your language to include hope such as “yes,” “why not,” and “can.” Do not linger with the immediate negative responses of “no,” “maybe,” “should” and “cannot.”
5. Keep your ANTS in check and from becoming huge snowballs. In psychology, ANT= Automatic Negative Thought.

Now over to you. Which cognitive bias or example do you think presents the most learning opportunity?

Do you think cognitive bias is a problem in your life. Do you have any strategies that you use to counter these common errors in cognition?