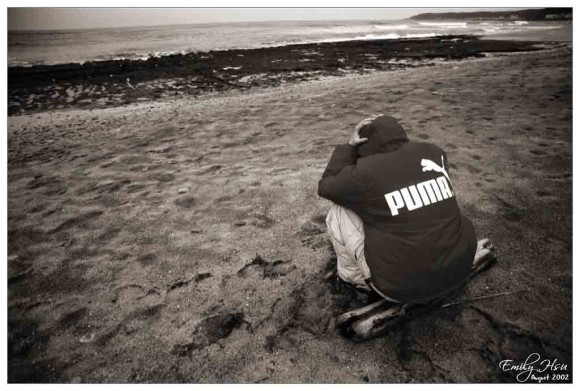 “Rationalization is a process of not perceiving reality, but of attempting to make reality fit one’s emotions.”― Ayn Rand

Learned Helplessness is the psychological state experienced by people when they feel that they have confronted something that is beyond their realm of expertise and control, something that feels unpleasant to them, and they end up powerless or unsuccessful in the situation and often end up in failure.

As they get primed to the powerlessness of the situation, when they experience subsequent encounters, they remain powerless and unable to take action to ameliorate their situation even if choices are now available to avoid or escape it.

Learned Helplessness was originally discovered and researched by Professor Martin Seligman in 1967 at the University of Pennsylvania as part of his interest in the field of depression.

In my life and my experience, the process works like this:

1. An event or a series of events or a stimulus happens that seems relatively out of control and makes you feel like you have no say in the matter and do not have much influence.

The event might be within or outside your realm of influence and control but you may perceive it as being out of control and believe that you have a lack of influence in the matter.

2. You fail at the event and repeated failures accumulate. Your failure is uncontrollable and no matter what you do, it makes no perceptible difference. A good example is a repeatedly failing salesperson.

3. The outcome may be unfavorable enough to make you feel like that that particular field is something that you are not good at. If you assume the persona of a pessimistic person, your outlook gets partially or overwhelmingly negative and has the potential to enhance the helplessness.

4. You feel incompetent and your performance declines significantly in subsequent events.

5. You may experience distress, avoidance and emotional withdrawal and feel unmotivated and experience a lack of enthusiasm.

6. You make excuses when confronted with that situation and are more prone to make justifications to not confront that situation.

Sounds familiar? Well, it certainly does to me since now in retrospect I can look back and see where I froze up and made excuses.

When I was younger, I used to play 2 to 4 hours of tennis a day and I had even considered going pro. But I was not advancing in my forehand strokes and seemed to have hit a brick wall.

In the face of repeated failure, I experienced learned helplessness and chose to make excuses instead of getting to the core reasons why I was not improving. I allowed fear and pessimism to call the shots and gradually avoided some key strokes and eventually the sport itself.

“Don’t use your past as an excuse, excuse your excuses and take action now!!!” ― Bernard Kelvin Clive

In a research study by Nieves et al, titled “Learned Helplessness Among Newly Hired Salespeople and the Influence of Leadership,” the authors investigated the influence of accumulating and increasing sales performance failure on enhanced non-beneficial sales oriented behaviors and the effect of helplessness.

The authors found that new hires were likely to hold responsible the difficulty of the selling task as a reason for late sales performance failure.

This represents a “stable failure attribution” and a feeling of helplessness and also increases the non-customer beneficial sales-oriented behaviors that the new hires were engaging in.

The authors propose that new hires were more likely to engage in learned helplessness and behave helpless as they experience accumulated periods of sales permanence failure.

In an attempt to find the actions and practices that could improve and alleviate this sales-oriented behavior and learned helplessness, the authors looked at managerial actions, core transformational leadership and error management.

In Study 1: The authors looked at 537 new hired sales people for a furniture retailer across the southern US, allowing them to look at a competitive field where failure was highly probable and also observe various leadership styles.

In consonance with the company’s recommendation of setting bi-weekly goals, the sales people were asked every two weeks to complete surveys that asked if they achieved their goals, how their managers interacted with them and how they proposed to behave and interact with customers in the upcoming two weeks.

The Outcome: The discouraging effects of learned helplessness fostered by accumulating periods of sales performance failure and engagement in sales oriented behaviors were alleviated by managers who promoted core transformational leadership.

Core leadership is achieved when managers articulate a vision, lead by example and encourage group goals.

However, the benefits of the leadership style did not last when the failures accumulated.

Study 2: Participants from Amazon’s online system Mechanical Turk were part of an experiment that looked at sales performance failure at an early and a late stage in the context of low or high core transformational leadership and error management.

Participants were told that the study was doing a market research on behalf of an insurance company to understand how agents would behave when the company would launch into North America.

Participants then imagined that they joined the company and had the goal of making as much money as they currently made in their non-sales position. After this, they were presented with four passages as scenario scripts for their new position in sequence.

The first script was a general one for all that described the company and the popular dental insurance that they were to sell.

The second script made the participants go through a high or low core leadership transformational script.

The third script exposed them to hypothetical early or late sales performance failures and asked if they assigned the failure to perceived task difficulty.

The forth script gave participants advise from managers before they sold for the upcoming month that included three different error management strategies. The strategies were avoidance or errors as negative, encouragement or errors as positive and control or errors as neutral.

After the advice, participants were asked how likely were they to engage in sales oriented behavior during the upcoming sales month.

Interestingly, when core leadership was combined with error management as positive or errors were encouraged, the results showed an effective alleviation of the learned helplessness and a reduction in non-beneficial sales-oriented behaviors.

The authors recommend that salespeople need to know that they can make mistakes as they uncover customer needs and that they can ask novice type questions.

Moreover, this behavior needs to be encouraged by managers who need to downplay the stigma of failure and missed goals and encourage errors while setting realistic sales goals.

Success requires persistence, the ability to not give up in the face of failure. I believe that optimistic explanatory style is the key to persistence.~ Martin Seligman, Learned Optimism

Action Tips and a step-by-step method to bust through excuses generated by Learned Helplessness:

1. Recognize Learned Helplessness patterns in your own life. Where are you repeatedly failing and priming yourself to avoidance and excuses?

2. What are the specific excuses that you are making to avoid, be neutral or feel helpless to counter a situation that you have a failure history with? Are you “attributing” failure and helplessness to fuel excuses to not move forward or remain stuck?

3. Allow yourself positive models of core transformational leadership or people who will demonstrate a better way.

Find or generate a vision to tunnel you through helplessness and excuses. Develop goals that benefit the collective and have a higher purpose and appeal.

4. In addition to a core value system, encourage errors and failure and avoid appearances of “knowing it all” to foster an environment of true learning. Do not stigmatize or victimize failures or the process of making errors.

5. Set or have others set reasonable and realistic goals so that you do not spiral into repeated failure and learned helplessness.

6. Break helplessness with optimism and replace and reframe the negativity and the pessimism that directly feeds into the excuses and the helplessness.

7. Change the meaning or interpretation that you give to failure and situations where you have learned helplessness.

8. Take the very small first step and enlist the support of friends and mentors.

9. Change your attitude from “what can I do” to “I may be able to make a difference” by thinking, believing, feeling and acting differently. Make small but meaningful changes to bring back the feeling of control and empowerment back in your life.

10. Change the environment to support the busting of excuses supported by learned helplessness. Replace environments and cues that invoke helplessness and replace with new and empowering signals.

11. Read, learn more and request the support of mentors and leaders to walk you out of your helplessness if possible.

This is a preliminary excerpt from my upcoming book on excuses: Excuse your Excuses: 7 steps to get beyond excuses. The book will journey into the art and science of making excuses and breaking them on a deep psychological level.

Here is how the cover design looks so far but this is subject to change.

I welcome your valuable opinions on the book and the book cover! 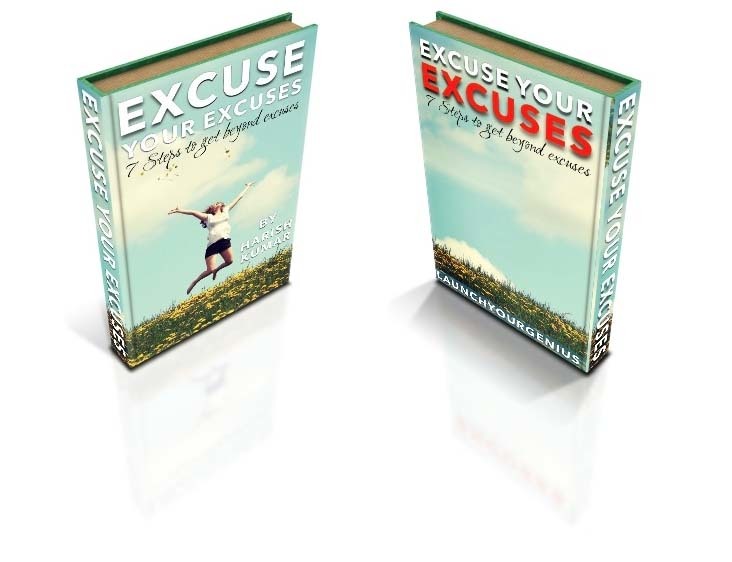 Please let me know how this post resonated with you in the comments below and how do you recognize and eliminate learned helplessness and excuses from your life?